The continental top obstacle racers compete in Val di Fiemme: the OCR European Championships will start from 9 to 12 June.

A three-year wait that will end in a truly exciting phase for the world of obstacle racing at last. From 9 to 12 June in Italy, in the beautiful Val di Fiemme in Trentino, there will be the V edition of the OCR European Championships, the highest continental obstacle course competition organized by the FIOCR – Italian OCR Federation on assignment by FISO – World Obstacle (Fédération Internationale de Sports d’Obstacles) and the EOSF (European Obstacle Sports Federation). 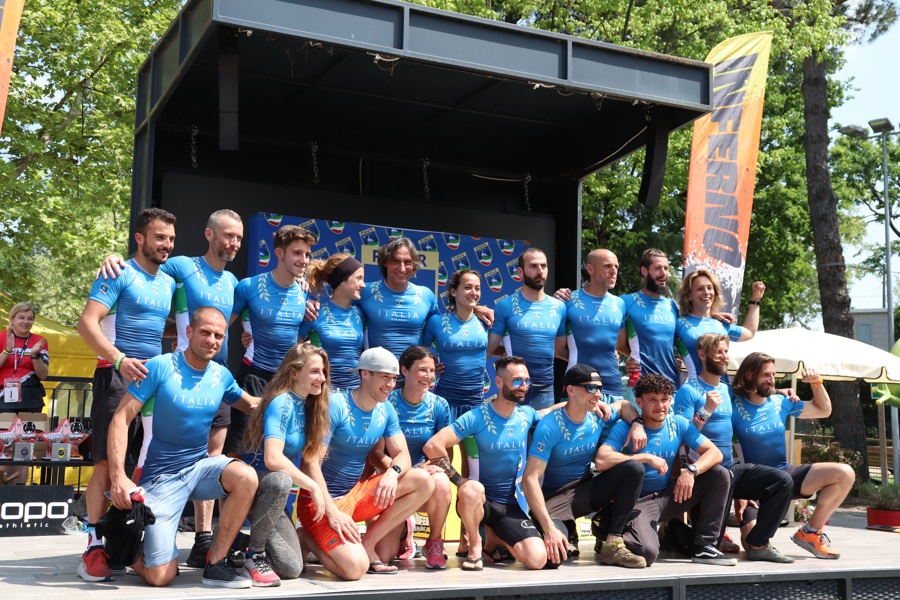 The news that the entire international movement has worked on since its foundation has been spread in these days: the obstacle course has been selected by the UIPM Union Internationale de Pentathlon Moderne for the start of a test phase aimed at identify the sport that will replace horseback riding in the Modern Pentathlon starting with the 2028 Olympic Games in Los Angeles.

THE MODERN PENTATHLON OPENS THE DOORS TO OBSTACLE RACING

The dedicated New 5th Discipline Working Group followed the 13 established criteria and chose the OCRs from a list of 62 proposals. Taking into account the requirements of the IOC for the 2028 Olympics program, the introduction of a new discipline, compatible with the DNA of the Modern Pentathlon, is aimed at reducing costs and complexity and improving safety, accessibility, universality and attractiveness for all age groups, especially for young people. The first test will take place after the 2022 UIPM Pentathlon World Cup final in Ankara, Turkey in late June, giving pentathletes the chance to compete alongside obstacle athletes for the first time. The second format will be tested in the following months in a location being defined. While waiting, a delegation from UIPM and Fabrizio Bittner, President of the FIPM Italian Federation of Modern Pentathlon, will be present in Tesero as the first international event on the calendar.

“A long work started in 2017 allows us today to bring the best obstacle course athletes to Italy. Despite the pandemic two-year period, we did not give up and now we are really excited about this further goal that we will join Val di Fiemme – declares Mauro Leoni, president of FIOCR – We are a discipline in great growth and we are convinced that we have all the characteristics to make a further leap quality. The doors that the Pentathlon is opening for us accelerate our main objective which is to be called as an Olympic sport”.

“They will be Europeans under the banner of Olympic values ​​- comments the President of EOSF, the Italian Stefano Zappa – Sport must remain one of the most important tools of union and aggregation: for this reason, Russians and Belarusians will also compete under the EOSF flag, opportunity suggested by the International Olympic Committee itself as an alternative to complete exclusion. It will not only be the biggest European OCR competition, in fact the best obstacle racers qualified in their respective national circuits will be put to the test, but also passionate and curious, in reserved heats, or in the dedicated Open Race. It will also be the first European OCR with a regulation approved by the IOC”. 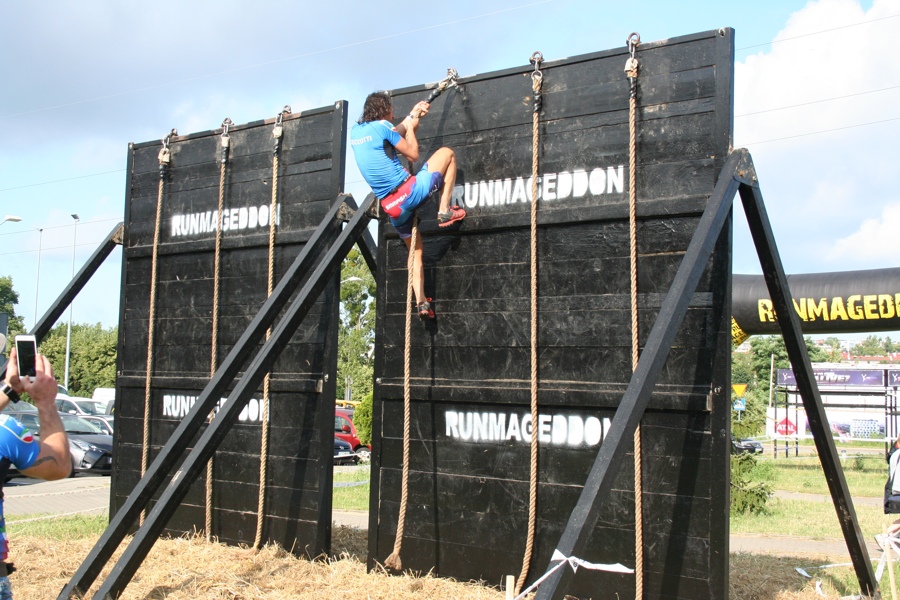 THE GREAT FAVORITES AND THE ITALIAN NATIONAL TEAM

Over 1,500 athletes, from 33 countries and representing 133 teams, will reach the Cross-Country Ski Stadium of Lago di Tesero in the suggestive Dolomite area, home of the Nordic disciplines at the 2026 Winter Olympics, to challenge each other to conquer the absolute and Age Group titles in the Short, Standard and Team Course. For the attractiveness of the event, entries from the USA and Argentina will also arrive, taking part in the Open Race.

Competing for the podiums among the women Karin Karlsson (Sweden), strong of the 2019 Short title, Katja Christensen, winner in 2019 of the Standard and 100mt, and Ida Mathilde Steensgaard (Denmark). Among men, stand out the names of Leon Kofoed (Denmark), king of the 2018 and 2019 Short, Tomasz Oślizło (Poland) gold in the 2019 Standard, Jesse De Heer (Holland), Petr Vinicky (Czech Republic), Thomas Buyle and Thibault Debusschere (Belgium), Luca Pezzani (Switzerland).

About 400 Italians on the field, including the 22 members selected by the FIOCR for the Italian OCR National Team, such as Loris Pinterelli, holder of the Italian 2021 title, and Raffaele Depedri from Trentino. The Tuscan Federica Toni is ready to fight for a podium, while from Piedmont the tricolor also for the super Pellerei family made up of Elena Acquadro, Luca and Flavio Pellerei.

On Friday 10 June the engines will warm up with the Short on a 3km track and 20 obstacles, while on Saturday 11 June it will be the turn of the queen distance, the Standard Course, with a 16km course with +700 meters in altitude and 50 obstacles, accompanied in the background. from the most photographed peaks of the Dolomites in the world. 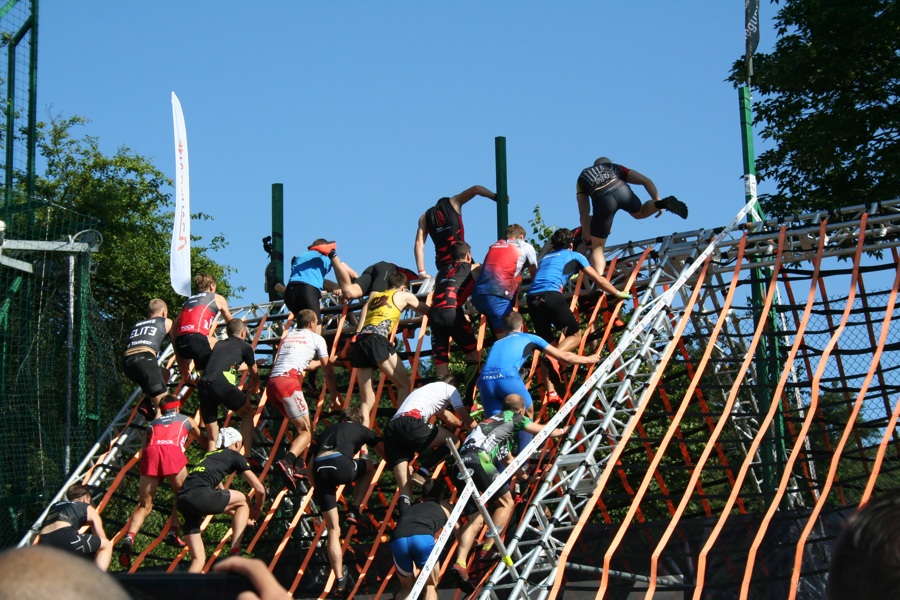 On Sunday 12 June the day will be dedicated to the Team Race over 6km with 25 obstacles to be tackled in collaborative mode, followed by the Open Race for anyone who wants to test themselves in an international competition even if they are not qualified. The 100m Race will also take place during the entire event: structured in qualifying rounds on Friday and Saturday and the final on Sunday, the race will see the aspiring ninjas overcome 10 obstacles all in one breath until the bell rings. It will be the first European in which the rules approved by the IOC will come into force, with the possible presence of WADA officials and doping controls.

“Val di Fiemme is thrilled to welcome this event of European significance which will offer a burst of energy at the beginning of the summer season – comments Giancarlo Cescatti, APT Val di Fiemme Director – It is an honor to host athletes from so many nations in this valley that has always been a supporter of the sporting values ​​of friendship and sustainability”. 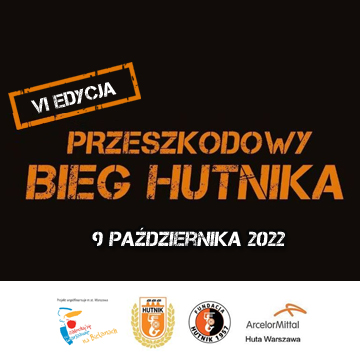